Foosball is a tabletop version of soccer. Players stand around the foosball table and turn rods to control the miniature figures, causing them to kick the ball toward the goal.

Foosball tables first made an appearance in the 1920s in the United Kingdom, France, and Spain, where soccer was and remains incredibly popular. The first foosball tables were simple constructions of wood and steel. Though his foosball table was not the first, Englishman Harold Searles Thornton patented the game in 1921.

Today, foosball tournaments are held all over the world, and foosball tables have become very sophisticated. 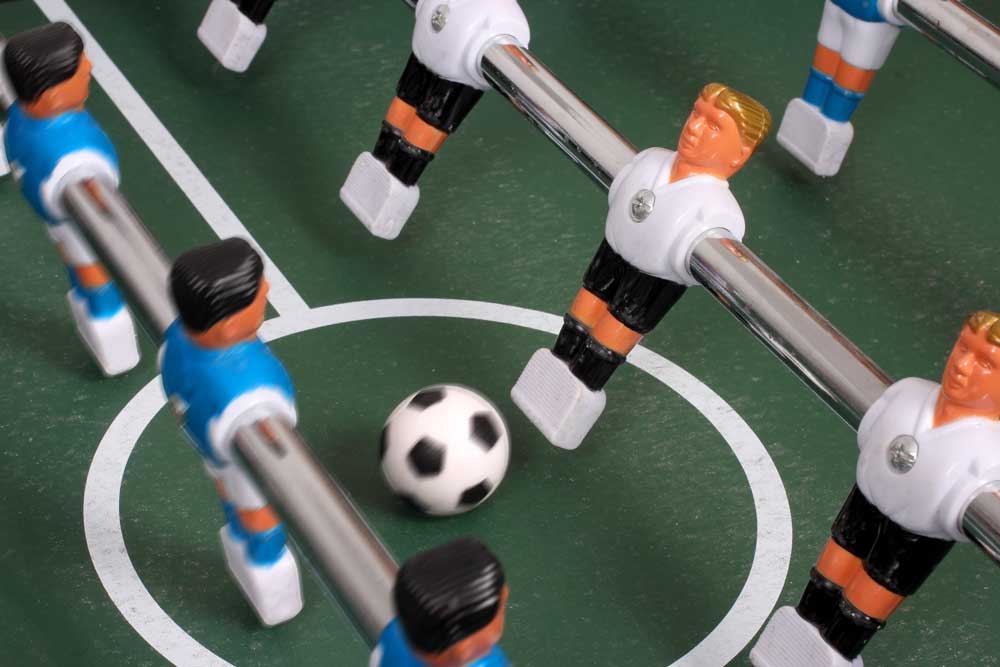 Foosball as a Sport

Foosball tables have evolved since their creation, though the overall design has remained the same. Still, whether foosball is a sport or a hobby is a matter of some debate. Foosball enthusiasts on Long Island and across the world point out that there are professional tournaments, though most still consider foosball a game.

Depending on the size of the foosball table two to four people can play, so it’s a great family game as well as something to play with a friend. 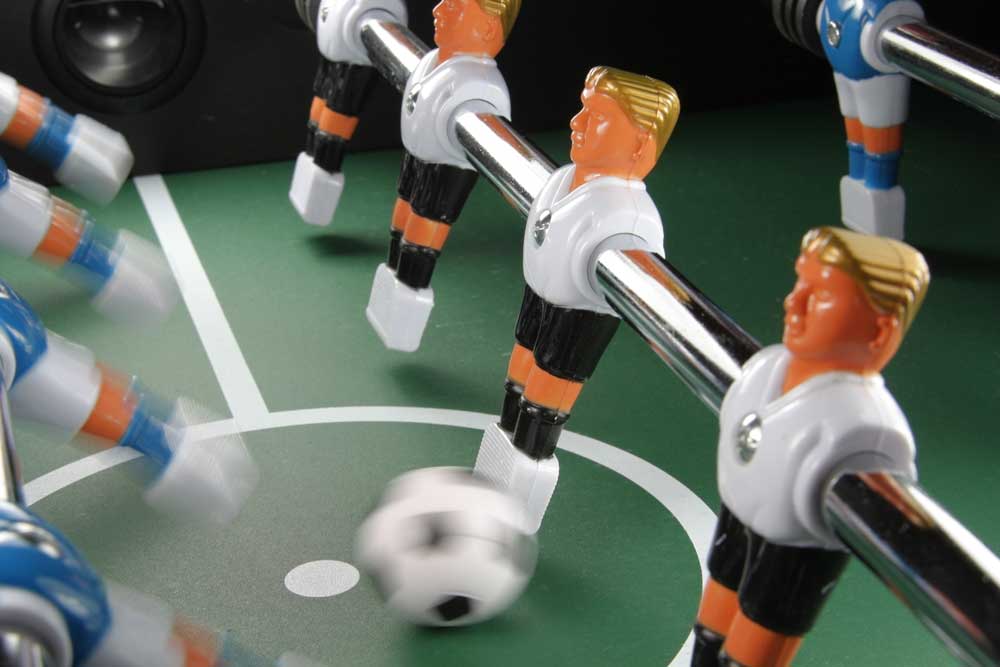 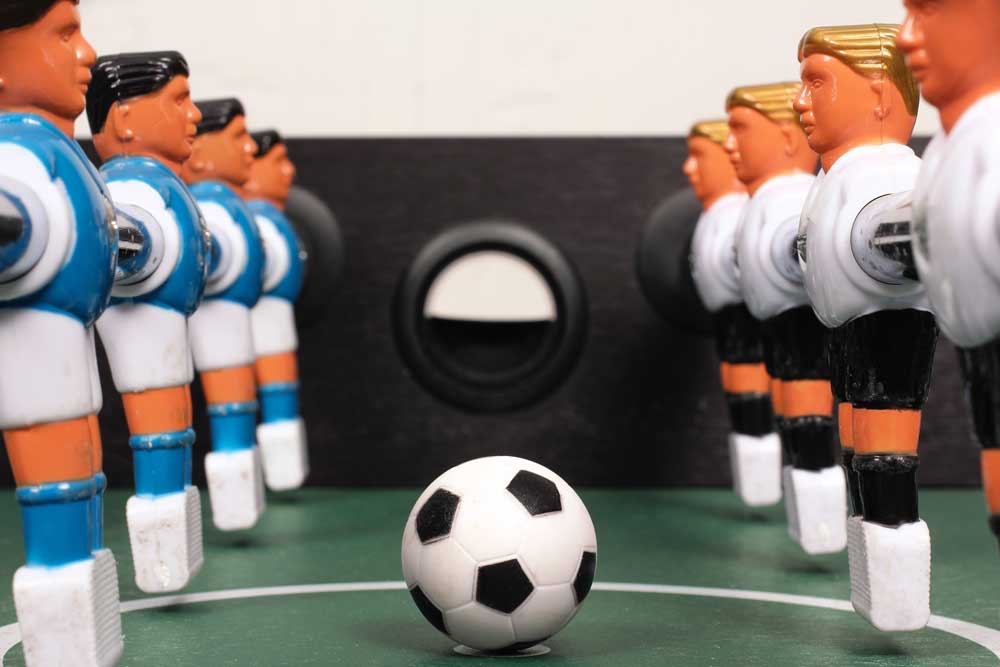 No matter whether you want to get the crew together for drinks or entertain the kids at the house, there’s a foosball table to meet your style and atmosphere. We can help you find it among our quality products. There’s a great selection of products that balance affordability and quality for those just getting into foosball or who only use the table occasionally for a party or event.

Foosball doesn’t require experience, like billiards or even ping pong do, so it’s fun for the whole family. If you don’t want to spend too much, there’s a great selection of quality foosball tables at a great price.

When looking for a game table for the living room or family game room, you might want wood construction and furniture like qualities to match the design of the room. Drink holders are a nice feature, and you want a table that will fit in the place you’ve designates. Our staff will assist you in finding the foosball table with all the features you’re looking for. 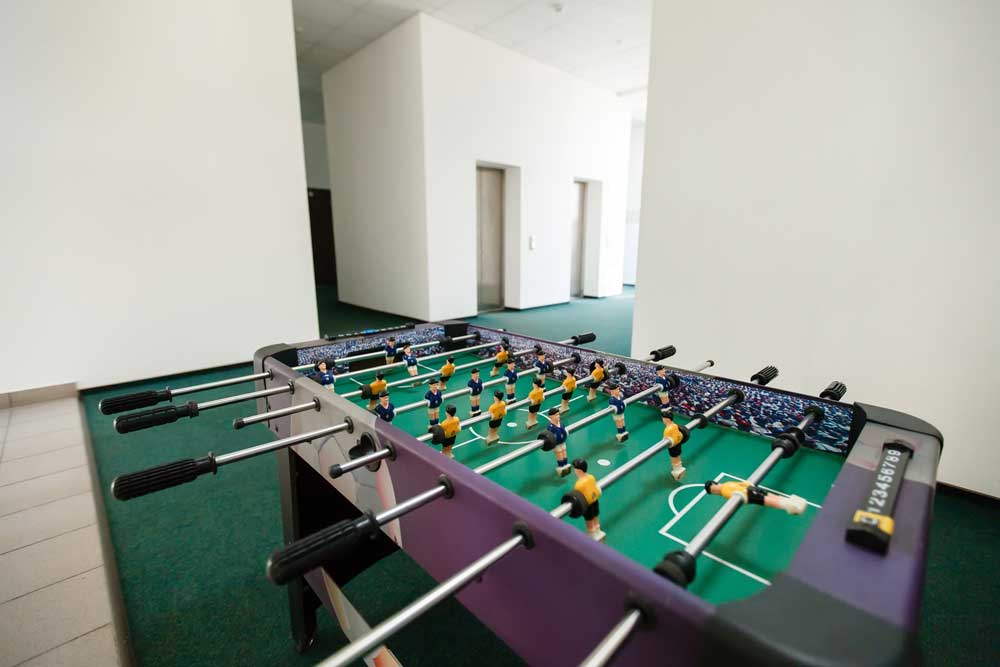 Foosball tables make a nice addition to pool tables and arcade games in a bar, business, or event. The design criteria for commercial quality tables is durability, and we have a selection of tables that will last for years to come in a public atmosphere.

A machine for foosball tournaments must be regulation size. It should include a durable cabinet and precision ball control. Light, hollow steel rods allow for quicker reaction time, and for the best control, choose a solid steel rod with robotic players.

There’s a wide array of game tables available, from antique and vintage, outdoor, miniature, portable, and more. Given the selection, finding a machine perfect for you is only a matter of stopping in and talking to our staff. 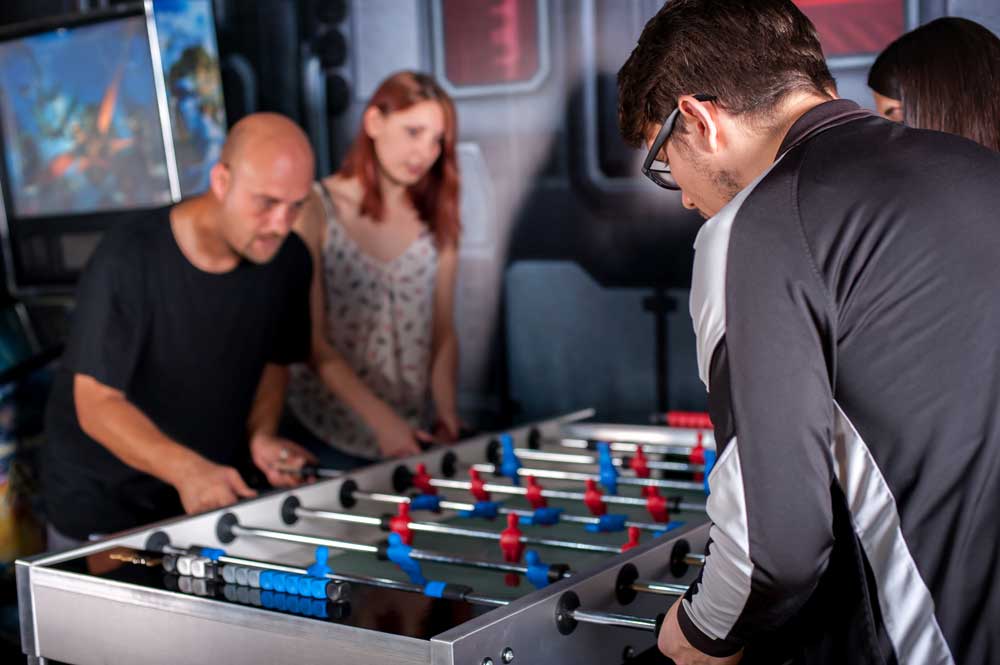 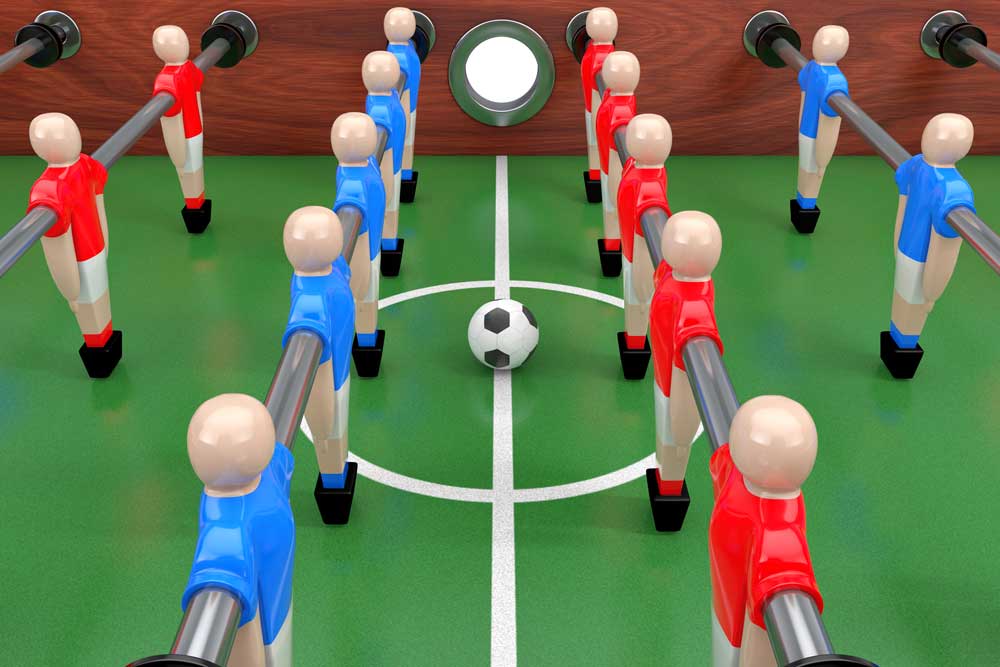 We are dedicated to providing the highest caliber of customer service and quality products to our friends and neighbors here on Long Island. Stop in to our West Babylon location and meet our friendly staff today. 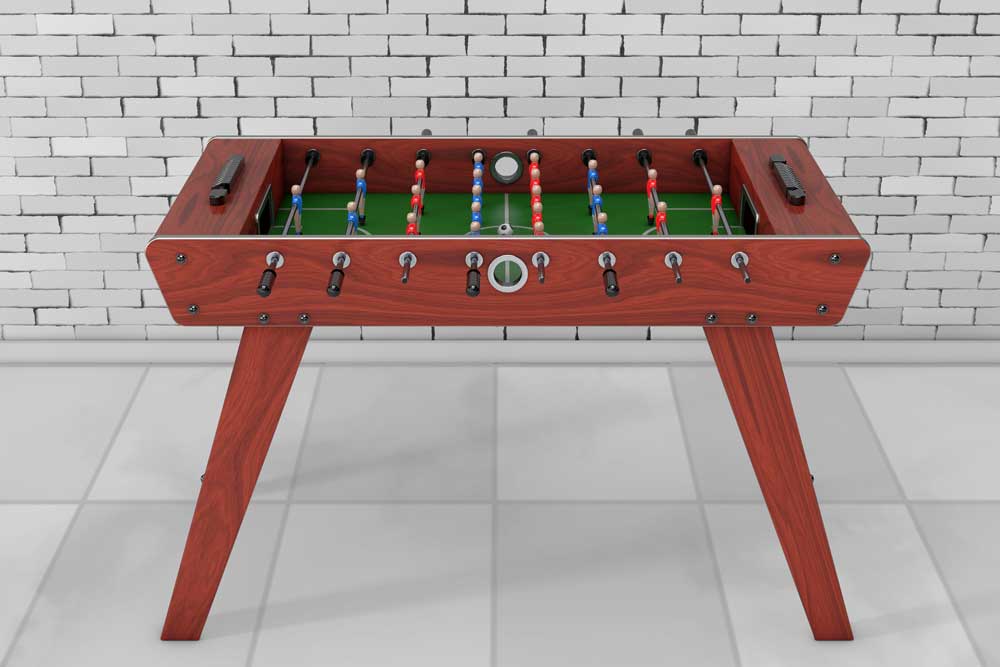